After several days of routine domestic tasks, including painting the outside windows using a ladder (I must be mad…!) we decided to have a day out, birdwatching. Starting at Holkham pines, we went in pursuit of Yellow-browed Warbler which had, so far, eluded us, despite there being hundreds of this extreme long-distant migrant in the country over the past week. Nothing on the walk down, nothing around Washington hide and nothing in the tit flock at Meals House… until that is Jane noticed a warbler fly into a nearby Sycamore tree – a couple of brief but distinctive calls and the bird was ‘in the bag’! We did see the bird a couple more times, as well as a late Willow Warbler, a flock of Common Crossbill and Siskin, before heading off to Titchwell. There was nothing particularly gripping on the board when we got there, so we set off for what turned out to be a really enjoyable afternoon’s general birding. The tally of ‘interesting’ species included Little Stint, Curlew Sandpiper, Spotted Redshank, Greenshank, Hobby and, just before we headed for home, a very obliging, if somewhat distant, Jack Snipe  – with Common Snipe for useful comparison, on the new scrape called Patsy’s Pool.

One of at least three, winter plumage, Spotted Redshank 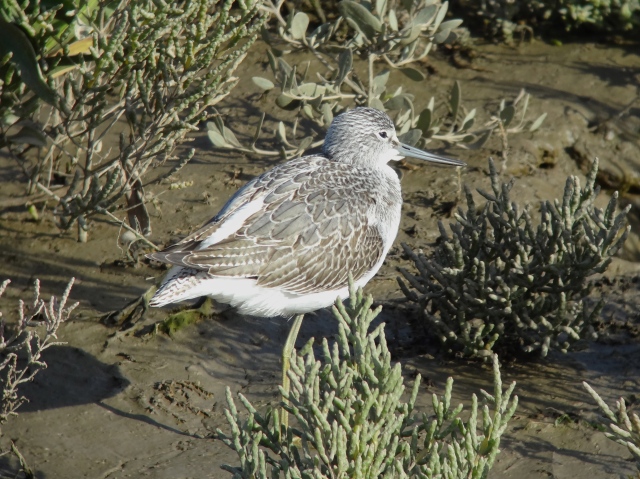 Jack Snipe, back left against the vegetation, with Common Snipe, front right (behind the Teal), for comparison

Jack Snipe is noticeably smaller/stockier than Common Snipe, with a short thick based bill and shorter legs, more of a dark chocolate colouration on the back with broad gold ‘braces’, streaking rather than barring on the breast and no pale central crown stripe. Jack Snipe also exhibit a ‘bobbing-like’ action, whilst feeding. 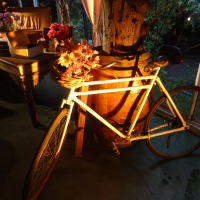 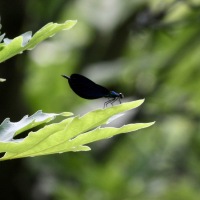