Yesterday afternoon we returned to Hexham Swamp to try for the taivana Eastern Yellow Wagtail, which some authorities consider to be a full species – Green-headed Yellow Wagtail, which breeds from Siberia, east to Japan. Despite there being other cars ‘in the circuit’ we managed to get to the undisturbed southern end of the track and were rewarded by a handsome green and gold tschutschensis feeding on the track in front of us. More searching produced three more Eastern Yellow Wagtail (and later, a fifth at the other end of the main track). Dan, who was at work, was understandably peeved as he needed it for a Hunter ‘tick’ so we agreed to look for it again first thing this morning.

So, after another relatively early start, we were out again on Hexham Swamp scouring the track for wagtails. There were none on the track so we started looking in the surrounding swamp. I found a distant young Eastern Yellow before looking on the opposite side of the track where there, in the glow of early morning sunlight, was a taivana sat out preening on a fallen branch – not as green and gold as yesterdays bird but still unmistakeable. We decided on a slow cruise back looking for more wagtails before turning our attention to the hundreds of waders that were roosting up further along the trail. On passing the first clumps of mangrove Dan spotted a solitary wader, pale buff with bright yellow legs and a beady black eye set in a plain head. Could this be the elusive Buff-breasted Sandpiper from last Saturday which, despite extensive searching by a number of the local birders throughout the week, had so far failed to be relocated? Closer views of the distinguishing features, record shots secured and the id was clinched! Frantic texting and the first Newcastle twitchers were ‘ticking up’ within half an hour, then a steady flow of admirers from further afield until there was almost a small crowd! Before setting off I managed to relocate a male Ruff amongst the many Sharpies as my fourth new wader species  for Australia in as many days! Good place this Hexham Swamp….

And now for the ‘main event’ – Buff-breasted Sandpiper. First for the Hunter in a decade and thought to be only the eighth for Australia

When seen in Europe or the States, this Sandpiper always appears rather placid – this individual however was frequently indulging in ‘threat’ behaviour towards the accompanying Sharpies 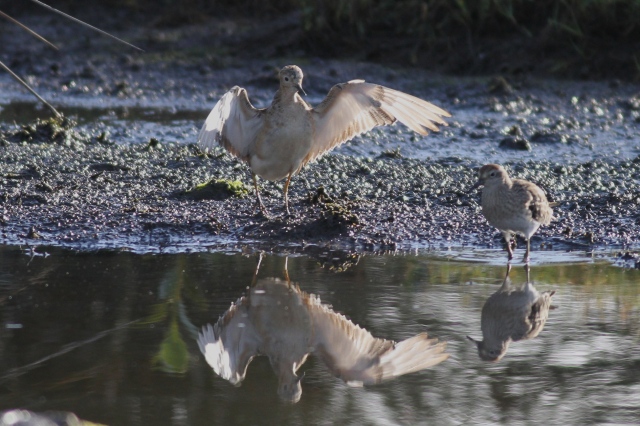 From the somewhat worn state of the plumage and visible signs of moult, I assume that this individual is probably an adult moulting into winter plumage – happy to be corrected!

Final new wader for Australia in less than a week, Ruff. It’s the larger bird, in the centre of the picture, with orange legs and a pale yellowish base to it’s bill 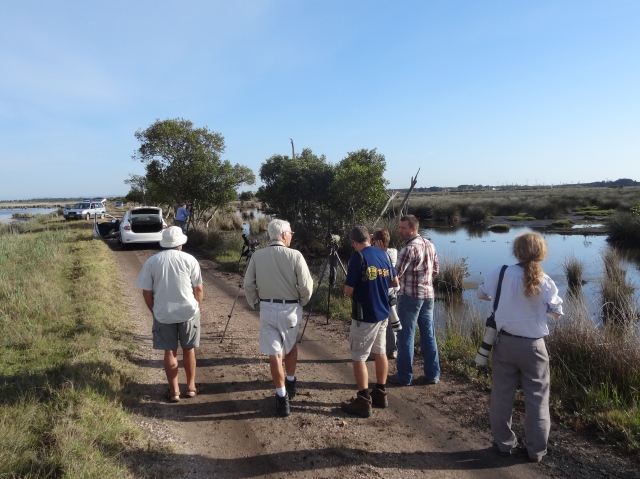 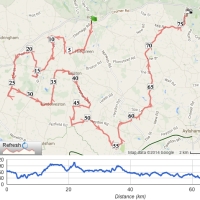