Taking a break from the pool, crazy golf, pedal-cars etc we did manage a days birding during our recent family holiday in Cairns. We were up before 4.00am to drive the two hours inland to arrive at Mt Lewis for dawn. As anyone will know, it’s the first hour or so after day-break when birding in tropical rainforests is at it’s best. We drove the 10k track to the top of the mountain in the gloom, with tantalising glimpses of bird silhouettes all along the road and snatches of bird-song coming through the open windows. As dawn broke we stood in a forest clearing, taking in the atmosphere and the birds. Amazingly, our most sort-after species was amongst the first we saw – a single Blue-faced Parrot-finch, was quietly feeding in the seeding grasses right in front of us. It disappeared as quickly as it arrived and it was another hour and a half before we got a second view. Other rain-forest specialities were collected along the track, including noisy Chowchilla, Mountain Thornbill, Atherton Scrubwren, Fern Wren & Bower’s Shrike-thrush. Photography in these circumstances proving challenging, to say the least. We descended the mountain – ‘ticking up’ Buff-breasted Paradise-Kingfisher on the way – to bird the Tablelands. By mid-morning the temperature was in the mid-thirties and birding became increasingly difficult. We failed on Squatter Pigeon but did eventually get good views of several Australian Bustard. The remains of the day were spent at various coastal locations, finishing at the mouth of the Barron River with that Lesser Crested Tern. 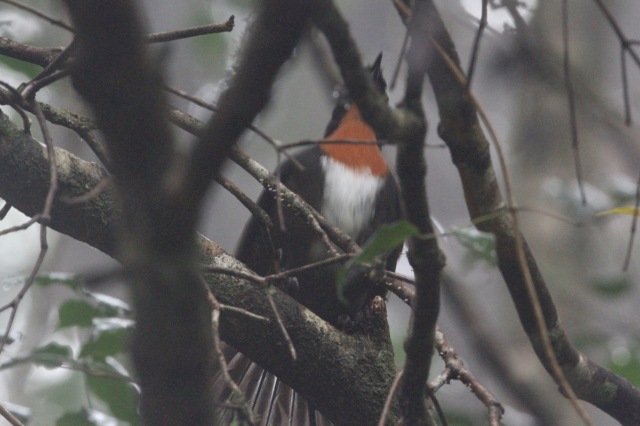 One of several Australian Bustard seen 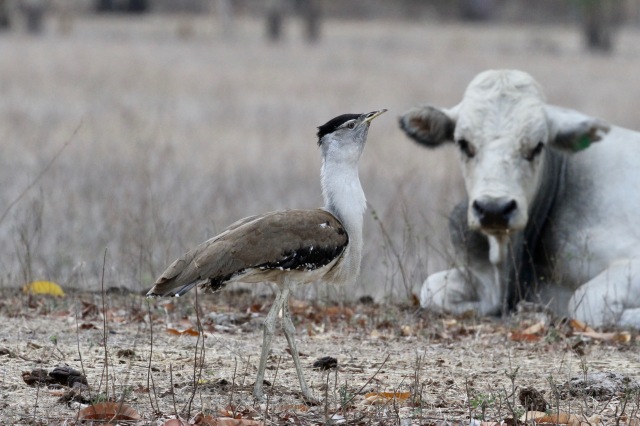 Dusk at the mouth of the River Barron, after 12 hours birding the Tablelands