A few photos from a recent trip to the Falkland Islands, kindly facilitated by Interserve. Five days birding, mostly solo, on the main eastern island. Accommodation was on the Mount Pleasant base and transport was a rather old but functional Range Rover. Local birder Alan Henry was very helpful prior to and during my visit, identifying a few of the local ‘hot spots’, making introductions and keeping an eye on a number of local ‘celebrity’ birds for me. Alan and I also enjoyed a couple of fantastic hours sea watching together at Cape Pembroke! If you are interested in birding in the Falklands, you can meet Alan at this year’s BirdFair. During my visit I saw 52 species, including 13 Lifers and a number of Falklands sub-species. The undoubted highlight of the trip was an intimate experience with all five breeding species of penguins…. 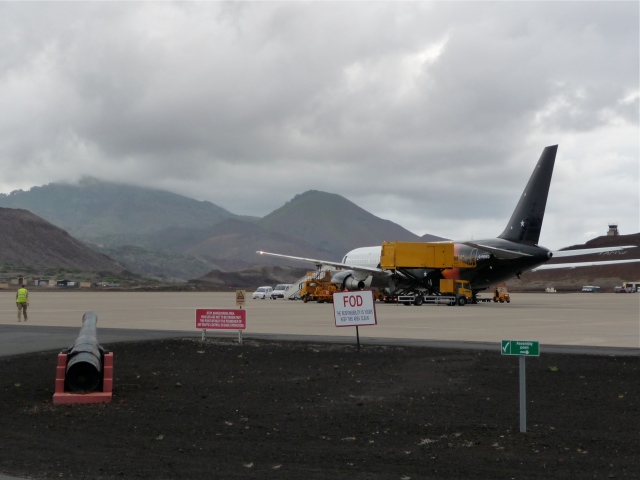 A brief touchdown on Ascension to re-fuel, provided views of Ascension Frigatebird and Common Myna.

Bertha’s Beach – easily accessible from the base and a good all round introduction to Falklands birding. A selection of  some of the ‘local’ goodies….

Blackish Oystercatcher – seen previously in Chile, but a nice bird all the same. Rather similar to Sooty Oystercatcher in Australia.

One of two endemics – Falkland Steamer Duck. Known locally as the Logger. 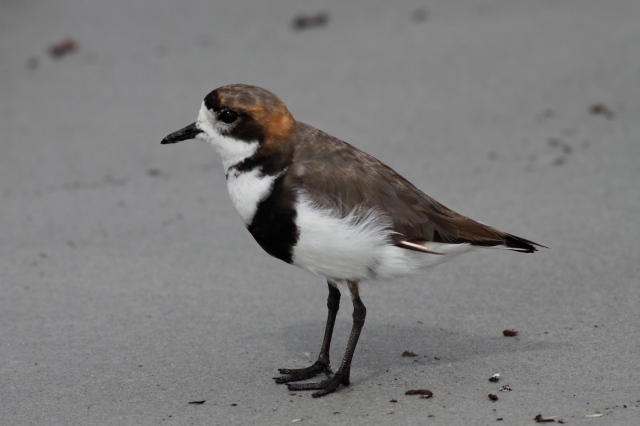 With only a handful of regular waders, quality makes up for quantity. This Two-banded Plover is common and widely distributed. 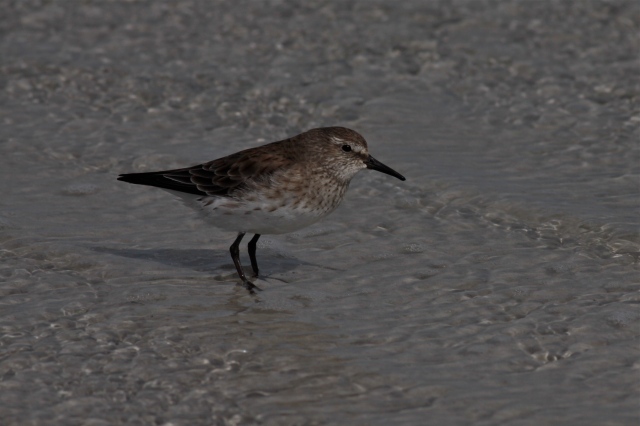 White-rumped Sandpiper. Seen in small numbers along the coast. 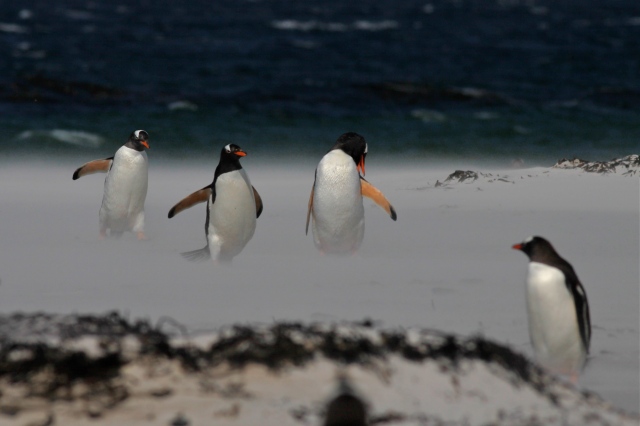 At the end of a very long walk, the prize…..a colony of Gentoo Penguins! 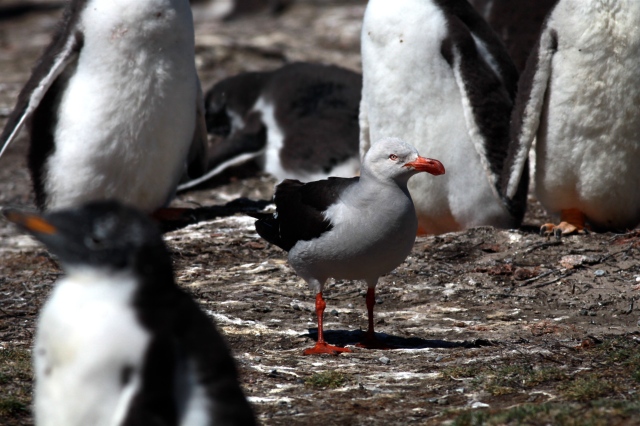 ..and in amongst the Gentoos an exquisite Dolphin Gull! 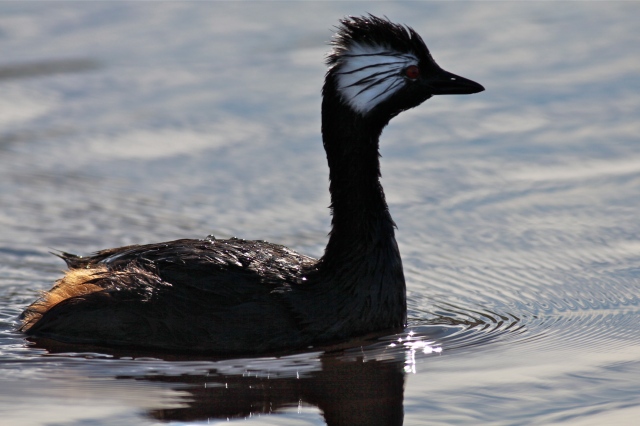 There is a variety of water birds to be found on the inland ‘lochs’, including White-tufted Grebe.

A species missed in Patagonia in 2006, Ruddy-headed Goose.

…and Silver Teal.
Having been introduce to a local landowner/wildlife tour operator I got a ‘private viewing’ of a colony of Rockhopper Penguins…..

And in amongst the 400 Rockhoppers, a pair of Macaroni, Falklands rarest breeding penguins!

I couldn’t go to the Falklands and not visit some of the places which became household names during the conflict…. 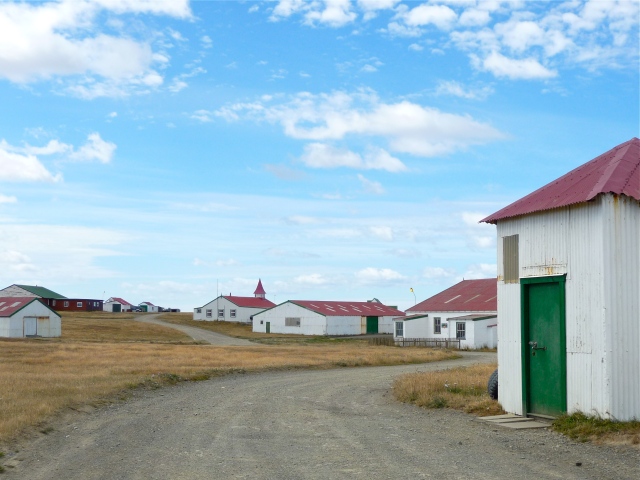 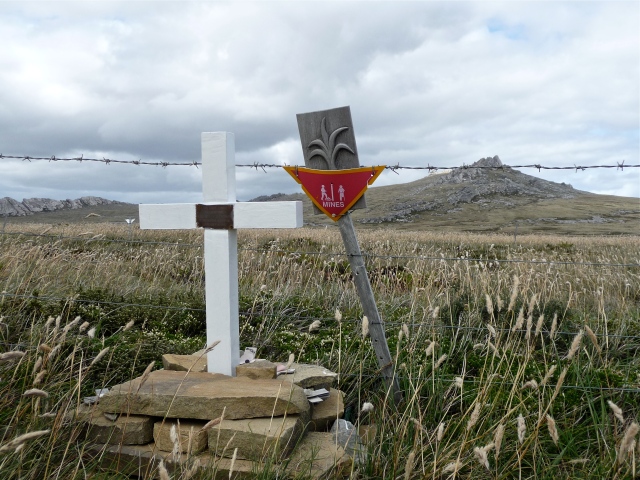 Near Fitzroy – Memorial to the last British soldier to die in the conflict, 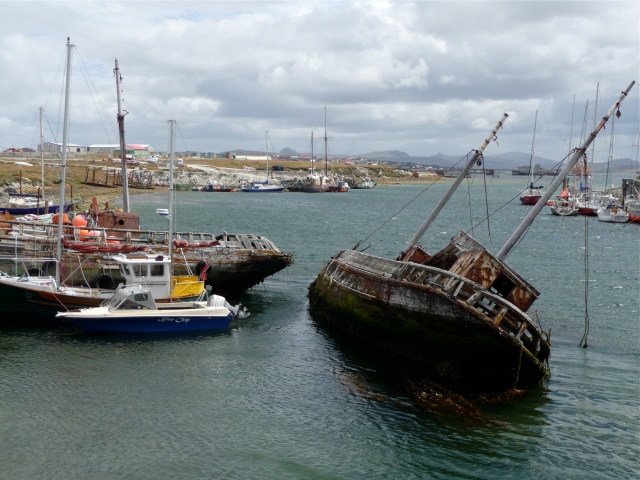 …and Stanley, the ‘capital’. 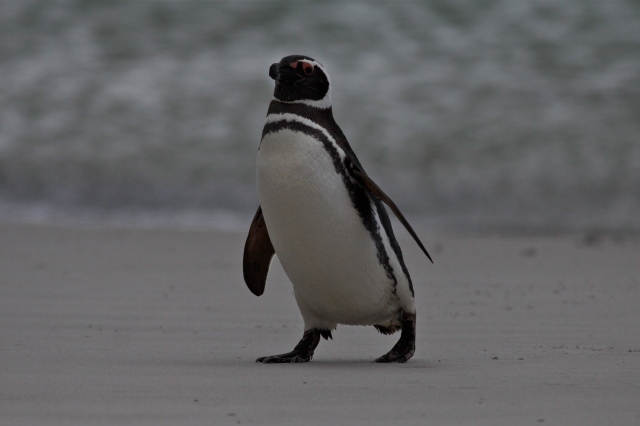 Back on the coast the two remaining penguin species. This one is Magellenic…

And finally the King of penguins……..
Fifty birds in five days wouldn’t normally command much attention but the unique nature of the Falklands, the quality of the land/seascapes and the proximity of the Antarctic makes the birding a rare and intimate experience. 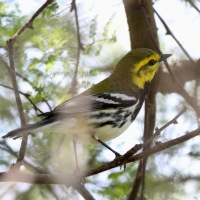