After much anticipation, planning and sheer hard work, today we finally started! We woke to glorious sunshine and a hearty breakfast. Packed our kit and pedalled down the hill to the harbour. The view across to the Orkney islands was stunning, an experience enhanced by the presence of a Tistie (Black Guillemot) just off shore, getting the bird list off to a flying start!

We retraced the final few miles of yesterdays ride before breaking new ground on the NCN (National Cycle Network) 1, which took us first to Castleton and it’s magnificent bay, then on to Thurso – for a coffee stop at Tesco and  onward, through Melvich and some increasingly hilly countryside to tonights destination, the Farr Bay Inn at Bettyhill.

The stats for todays ride speak for themselves, as do my swollen calves! Insult added to injury (literally) by a hike around the  local bay and surrounding area after we’d settled in and freshened up. But in truth the locality is gorgeous. 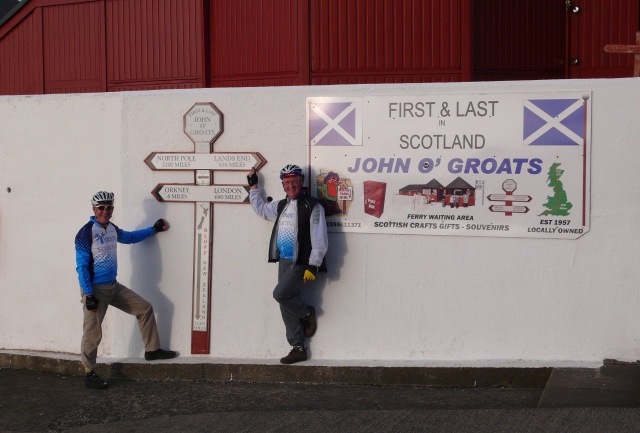 John O’Groats – the start of our adventure.

Delightful Castleton Bay – three species of Diver, Great Northern, Black-throated & Red-throated and a raft of Long-tailed Duck – not bad for a starter! 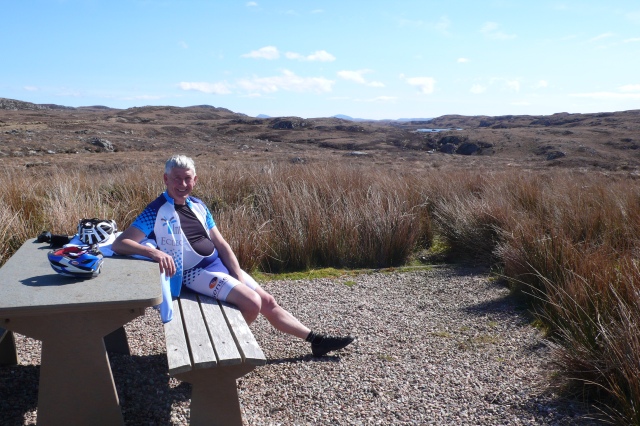 Enjoying a well-deserved breather at the Bettyhill view-point.

Bry taking in the view of Farr Bay after a hard day in the saddle. 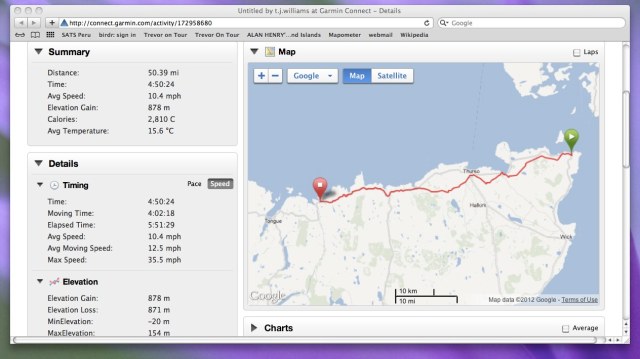 For the birders amongst you, total number of species today – 48, highlights of which were: Black Guillemot, a skein of Pink-footed Geese heading out to sea, three Lesser Redpoll, three species of Diver in Castleton Bay and a Sand Martin at Bettyhill.

Details of tomorrows route on our breakfast blog. 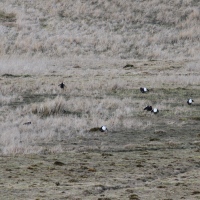