I realise that two old men banging on about their ailing body parts isn’t what you want to be reading over your cereals and toast, but just because I didn’t mention them in my last couple of blogs, doesn’t mean they’re not hurting!! Every muscle in my thighs, back, shoulders and arms remain as stiff and sore as they did after the ‘prologue’ on Day Zero. I’m beginning to seriously doubt this ‘ride yourself to fitness’ strategy – if only I’d have done more training! I should say in contrast that Bryan remains a relative specimen of health and fitness – apart from the rather nasty black big toe which he sustained in his ‘slip in the shower’ incident. However, thinking that I was the only one of this ‘pantomime horse’ that was suffering, it was greatly encouraging to hear Bry say this morning that he was feeling ‘rather sluggish’! Could this be the first chink in the armour, we shall see today! Speaking of which, todays  route is again, over the 50 mile mark. The first 20ks being a flat ride down the side of Loch Linnhe and  over the Ballachulish Bridge into Glen Coe. A steady climb up through the spectacular pass, up onto Rannoch Moor and the Black Mount, where I’m hoping for some pretty interesting bird life. Then down to the Bridge of Orchy, a long pull up to Tyndrum  and finish at Crianlarich. Sounds easy to me! 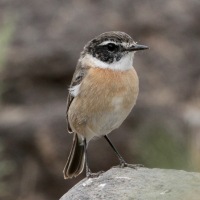 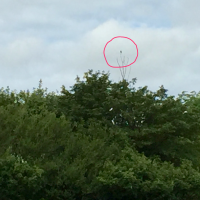 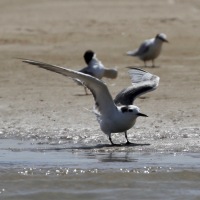