The Indian Reservation on which we’ve been staying unfortunately lacked any effective WiFi, so I’m playing catch-up.

This morning we drove west along the Straits of Juan de Fuca to Neah Bay – home of the Makah tribe. With the benefit of an early check-in at Holbuck Beach Resort – ticking up Rufous Hummingbird as we were filling in the Registration card, we unloaded our luggage and headed for the Cape Flattery trail in search of some oceanic species. Tatoosh Island, which lies just off-shore, is the most north-westerly point of the 48 (contiguous) States and practically our journeys end. With the aid of a telescope we could see several species of Alcids, off-shore, including Pigeon Guillemot, Common Murre, Marbled Murrelet and Rhinoceros Auklet. With a bit of persistence we did managed to find several distant Tufted Puffin, which breed in small numbers on the island. Perhaps the bigger surprise came when we drove back to Neah Bay and scoured the harbour and surrounding waters for possible sea ducks. We quickly found White-winged and Surf Scoter, Greater Scaup, Harlequin Duck, Common Loon and Red-necked Grebe, along with Pacific Cormorant and Rhinoceros Auklet. A quick look over the outer harbour wall and a ‘black and white’ auk-like bird immediately caught my attention. I was pretty confident that it was an Ancient Murrelet – the identification later confirmed from photographs. Although this species does occasionally turn-up along the coast it’s much more likely to be found out at sea on a pelagic. A very welcome and unexpected addition to the list. 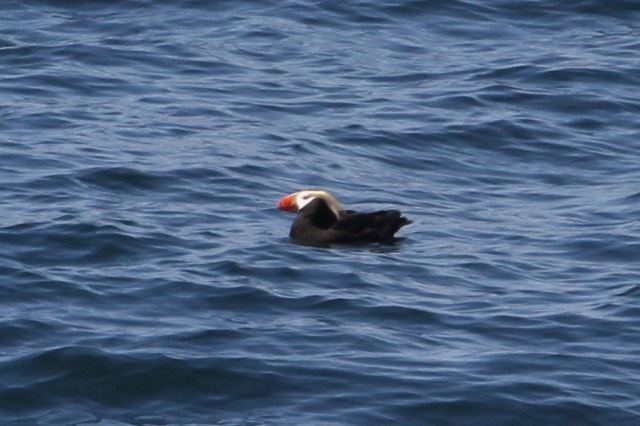 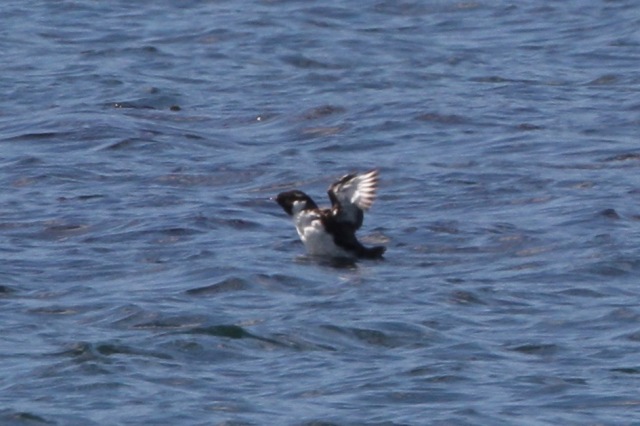 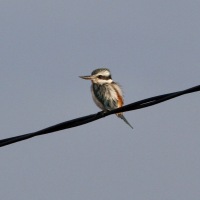