Just when I thought it was all over for another birding year and began to slide inexorably into a post-Christmas stupor, an unmissable trio of winter sea birds appeared on the Devon/Dorset coast. With the added bonus of a ‘life tick‘ and the possibility of bringing Jane up to the magic 300, we set off late on Friday night, towards our final ‘targets’ of 2013. An overnight stop at Newbury meant that by nine o’clock we were driving across the causeway to Portland, where two of our three quarry had already been located by the large crowd of eager birders. The distant Black Guillemot was quickly picked out amongst the various boats moored in the harbour, before it’s much rarer cousin and visitor to these shores from Iceland and the high Arctic, Brunnich’s Guillemot appeared, happily swimming and diving just off shore. Next stop was at Radipole Lake for the ‘escaped’ male Hooded Merganser – whatever it’s origins, still a very cute duck indeed! Finally, after a two hour torturous drive along the coast of Dorset and Devon we arrived at Brixham, where the White-billed Diver was seen almost immediately in the outer harbour, along with several Black-throated Diver, Great Northern Diver and a Red-necked Grebe for company. A magic moment for Jane – a ‘lifer’ and her 300th for the year!

With only a handful of accepted records since 2000, this was an unexpected but very welcome addition to my ‘life list’

Some people will go to extremes to get a closer look! 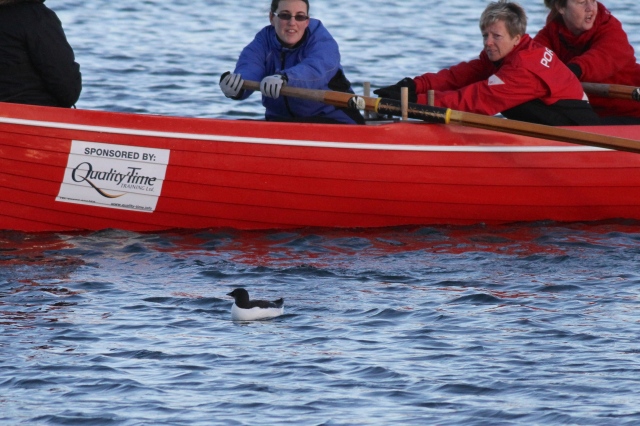 With it’s distinctive head and bill profile, it’s dark head and smokey face, this species does stand out from our regular Guillemot

Not such good views of the White-billed Diver in Brixham harbour, but it was a ‘lifer’ for Jane and it brought up her 300th species in the UK in 2013!

This Hooded Merganser at Radipole may not make it to the list because of it’s unknown origins but it was a cute little thing, nonetheless! 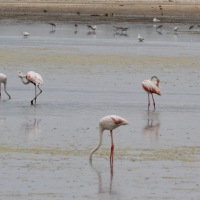