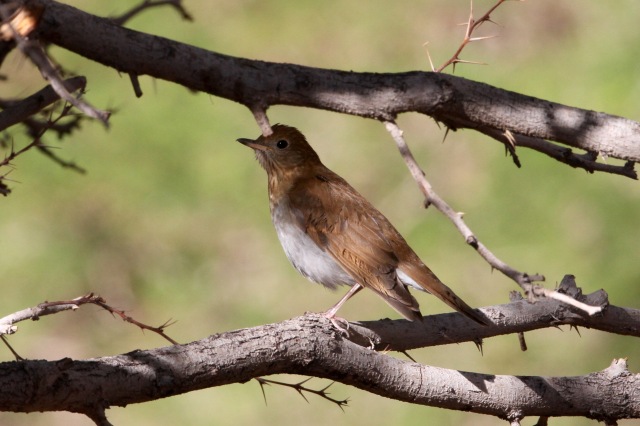 Veery – Tombillo, Chile – only the second ever record.

We’re over in Chile visiting our son Joseph and his wife Gabi, who live in Santiago. On this occasion we are joined by Neil, my oldest friend and fellow birder, giving him his first taste of South America and showing him some of the avian delights of this beautiful country.

We’ve just returned from a few days in the Atacama desert, realising a long-held ambition of mine, to see all three flamingo species – Chilean, Andean and James’s, on the salts flat of San Pedro. But our greatest birding surprise came a couple of evening ago when we were in the woods around Tombillo, looking for Tamarugo Conebill. Whilst searching for our target we’d heard an occasional chucking noise – almost amphibian-like, from the bushes but failed to locate it’s source. We were just on the way back to the car, having successfully seen a couple of Conebills, when a brown and buff bird, with a cocked tail, appeared on the ground 50m in front of us. It had all the appearance of a catharus – North American thrush species! The bird obligingly kept a short distance away from us, flying to the ground from various low perches until we’d seen enough of it’s features and obtained records shots to confirm identification – which we were able to do, on return to our accommodation. We reported the sighting via Avis Chile.

We’ve just received the news that this is only the second ever documented sighting of Veery in Chile – the first record being detailed in Alvaro Jaramillo’s Birds of Chile. We assume that this is an autumn ‘overshoot’ – Veery winter as far south as Brazil, and is therefore likely to remain in the area for sometime. 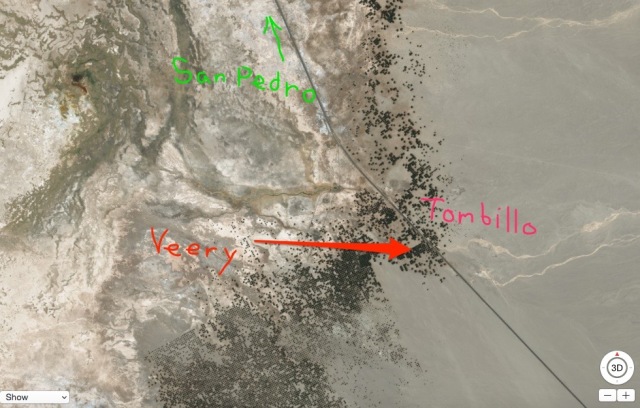