Well one thing we didn’t do much of on the 7th day was rest! This was the second 100k plus day on the trot, the first half of which was spent following the NCR 7, on a circuitous route around the Ayrshire industrial coast line, passing a number of local nature reserves on the way. As a consequence of which we added three new warbler species in the first hour. The second ‘half’, which should have taken us to Girvan but, because of a local folk festival in the town, we had to ride a further 20k to Ballantrae, to secure a bed for the night. A notable feature of the landscape during the mornings ride was the succession of  renowned links golf courses, Royal Troon, Ayr, Preswick and Turnberry. The other aspect of the morning which was strongly evident was the cold, hence the goosebumps, until I succumbed and put on a second wind-proof top. Our coffee break was taken in a ‘quiant’ tea room in Troon, run by a rather ‘theatrical’ couple, with piped seventies show tunes as a fitting accompaniment. A long stint of 40ks, through the historic town of Ayr took us to the lunch stop at Maidens and then another stint of a similar length along the scenic coast road, with the off-shore island of Ailsa Craig being our constant companion. We arrived at the hospitable Kings Arms Hotel by 4.40, showered and eat an enormous evening meal, washed down with Caledonia Best…umh!

Assuming this blog loads smoothly, I feel an early night coming on….

Stats for todays route were as follows: 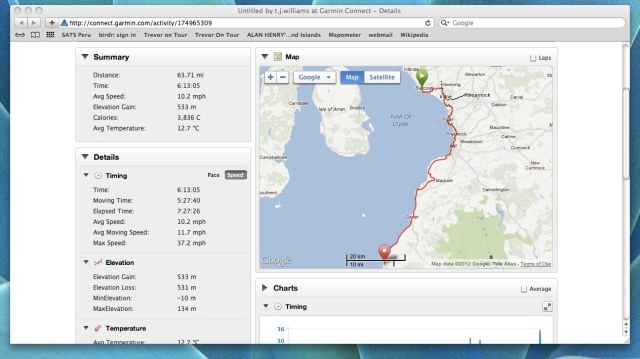 Starting the NCR 73/7 at Saltcoats, with Arran in the background 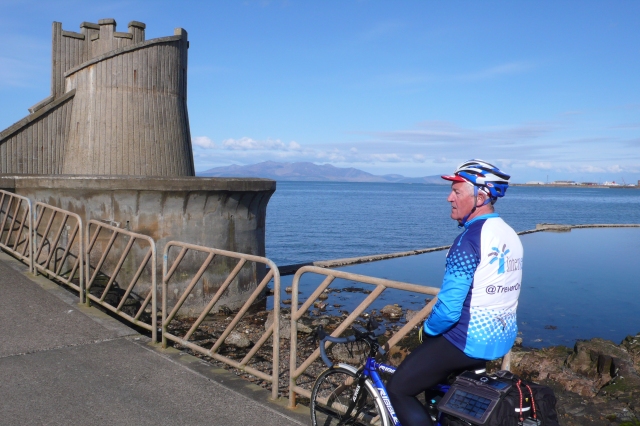 The Ayr coastline, looking towards the town of the same name! 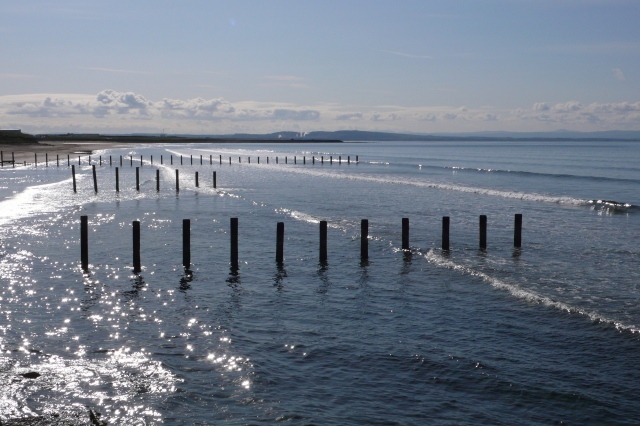 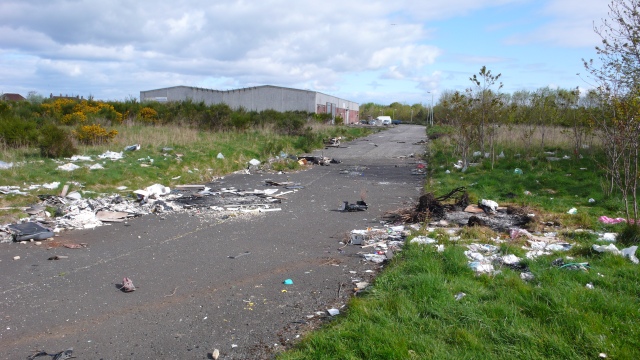 A less scenic aspect of the N7! 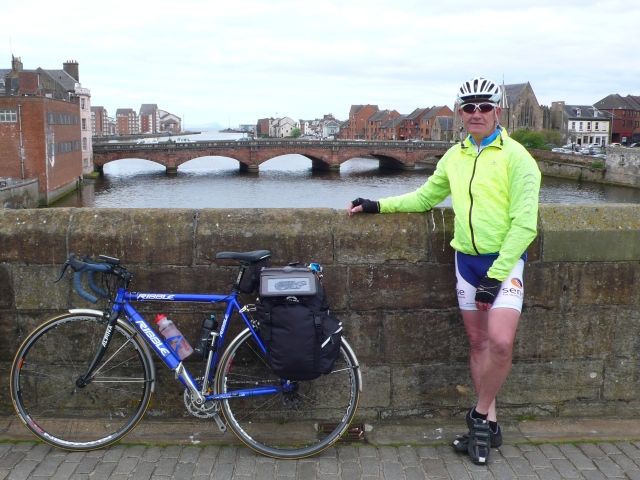 Me looking posey on the old town bridge in Ayr. 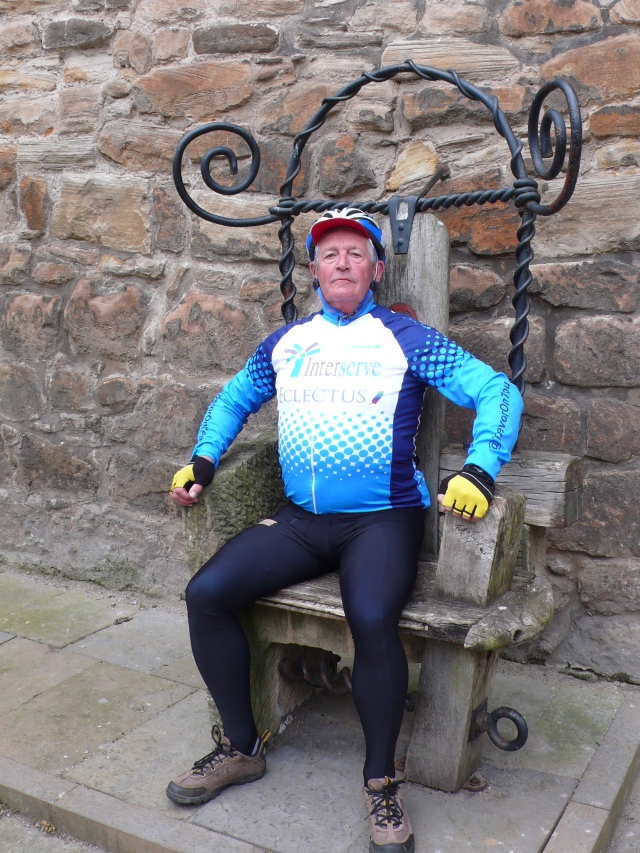 Bryan being even more posey on some sort of thone thing! 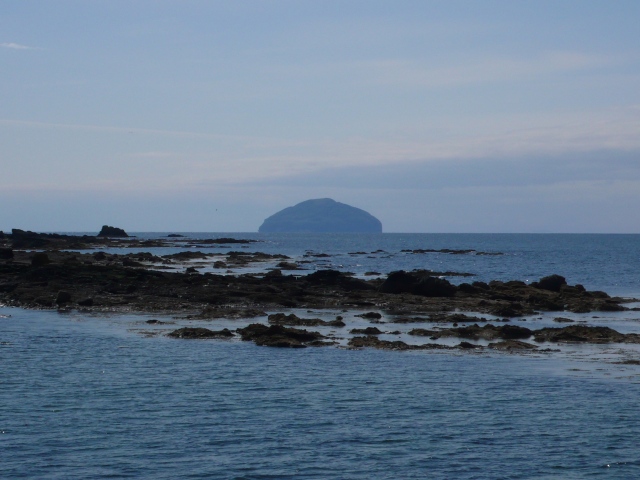 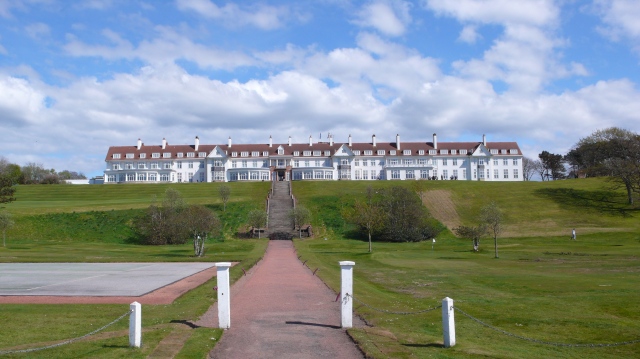 The ‘club hut’ at Turnberry. 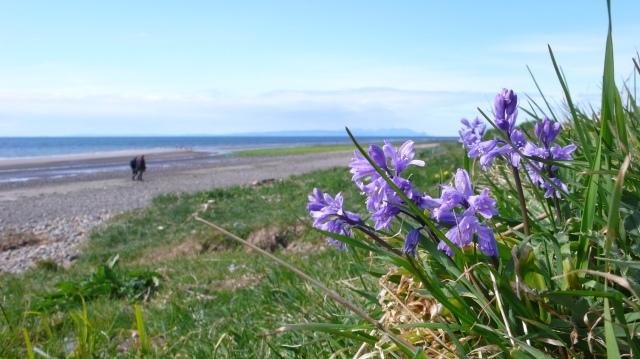 And to finish with, some Bluebells on the beach…aahh!

In case you were wondering, the three warblers were Whitethroat, Sedge and Garden. These plus a few others along the way bring the trip total to 97! 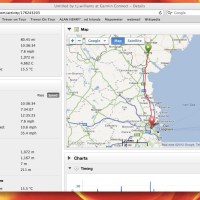 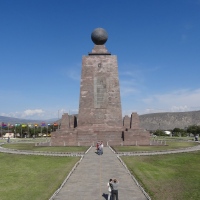 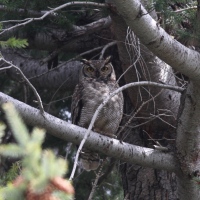 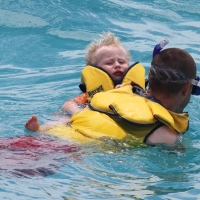 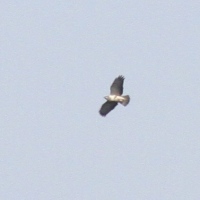