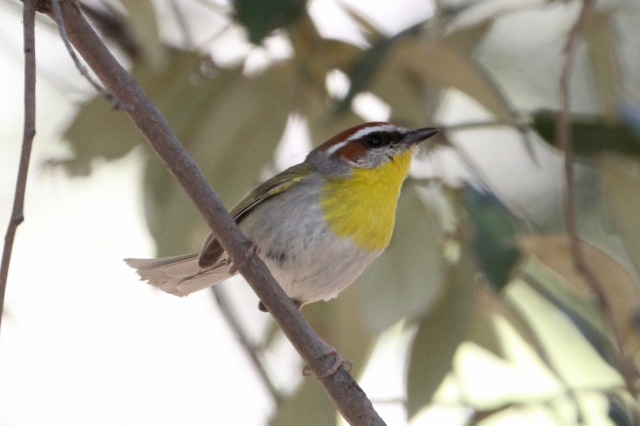 We returned early this morning to Hunter Canyon, in a second attempt to locate Rufous-capped Warbler – another rare immigrant from Mexico. We covered the steep, one mile climb, in good time but as I arrived at the site the birding group, who were already on station, said that the birds hadn’t been seen since first thing. Just at that moment a bird flew up the canyon, revealing itself to be the target species! There was a good supporting cast in the area, including Red-faced Warbler, Painted Redstart, Northern Flicker and Olive-sided Flycatcher. We left the eastern facing canyons of the Huachuca Mountains and Sierra Vista, our base for the past couple of days, behind and headed for Green Valley, via Patagonia and the border town of Nogales. At the former garden of the Paton family, now an Audubon Hummingbird Centre, we added a much sought-after ‘hummer’ – Violet-crowned, which only just gets into southern Arizona from Mexico. Then it was on to Santa Gertrudis, in search of three more cross-border specialities. Here we had rather mixed success, finding Rufous-backed Robin with relative ease, whilst dipping on Thick-billed Kingbird. It was mixed fortunes for the third species – Rose-throated Becard. We did manage to find the nest but by the time we did so, the adults had probably gone to bed. Oh well, there’s always tomorrow. 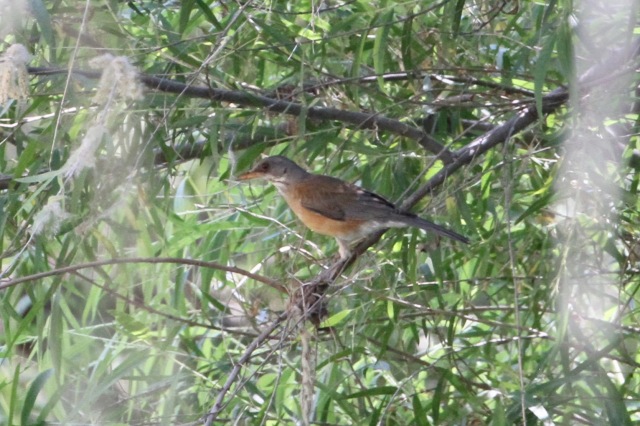