The weekend before last, in the care of our local expert guide Helen, we did a walking tour of the medieval churches of Norwich. We visited 37 churches in total ( including a couple of ruins) and walked over ten miles – all within the inner ring-road, consumed several pints of beverage and concluded with a splendid Bangladeshi meal at the excellent  Roti restaurant. Space doesn’t allow photos of all the churches, so here is a selection of the better/more interesting ones:

To begin with, St Julian – home of Julian of Norwich, authoress of ‘Revelations of Divine Love’, c 1375, who lived in a cell attached to the south wall

Interior of St Stephen, Chapelfields, which has recently undergone major restoration because some careless workman left an outside underground tap on, which undermined the foundations!

The font and rare timber canopy of St Peter, with a ancient tapestry in the background, which depicts Jesus wearing a hat! 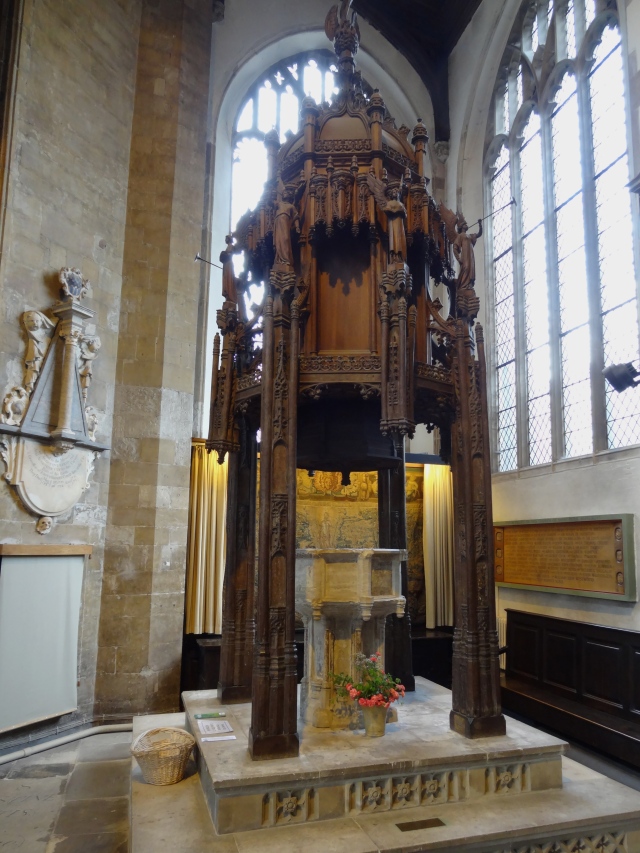 St Peter, Hungate, at the top of the exquisite Elm Hill, with it’s original 1460 door. The church is said to have been  saved from dereliction by a Punjabi Prince, Frederick 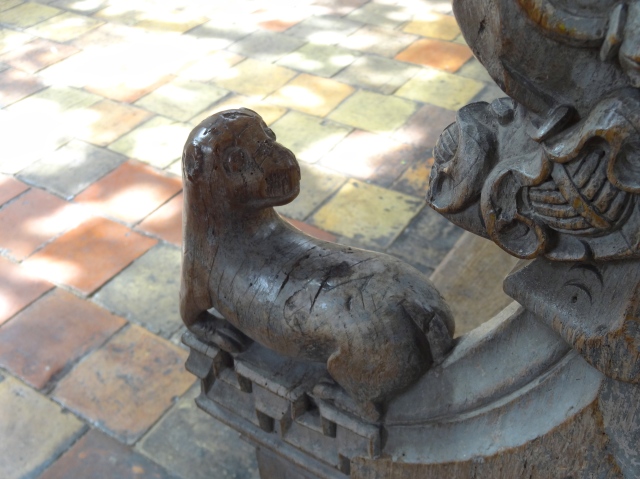 St Mary the Less, entered through a modest door on the street – with a hidden ‘private’ church behind!

Interior detail of St George, Tombland. A memorial to a couple and their twelve children – a number of whom died early

A view from the Cathedral close of this spectacular structure, with it’s resident breeding Peregrine Falcons! 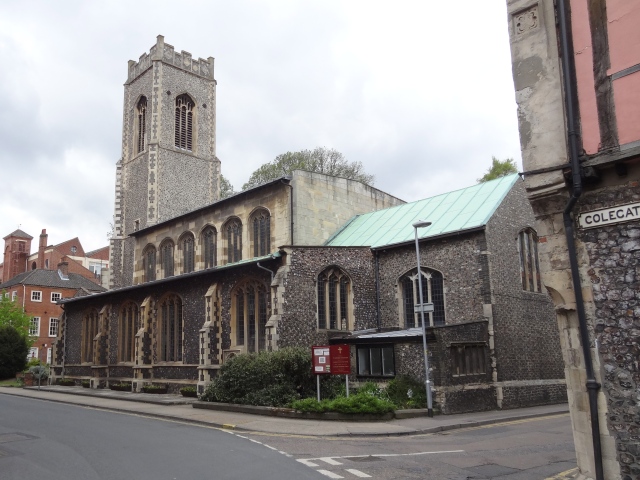 The west doorway of St Laurence, on St Benedict’s Street, depicting the martyrdom of  St Edmund, who was killed by arrows and had his head cut off. Legend has it that it was watched over by a wolf and that head and body were later reunited! 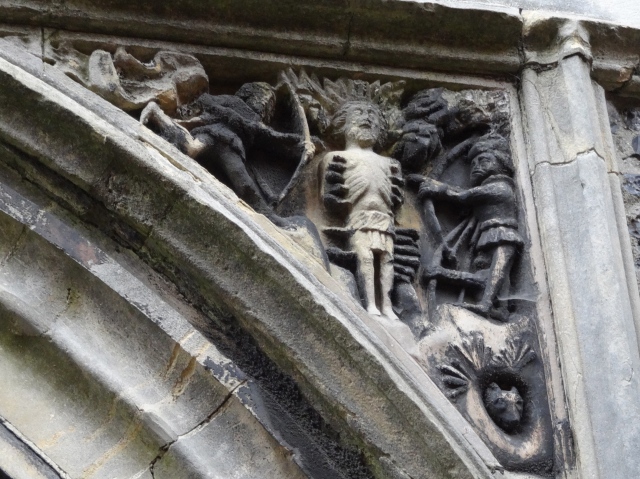 St Swithin, now in use as an Arts Centre

St Giles on the Hill – in the drizzle. The remaining churches were done ‘at a run’ before retiring, wet, tired but happy to the Indian restuarant!

Post script – not many UK cities can boast a thatched cottage within a stones throw of it’s shopping centre! 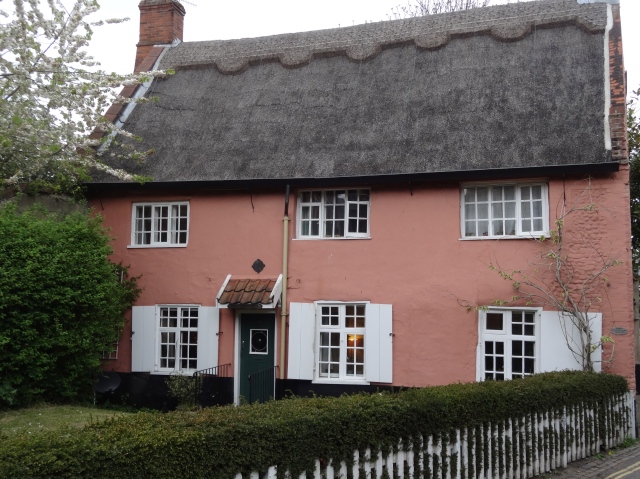 Post post script – if you’d like to experience the delights of the mediaeval churches of Norwich, in the company of a knowledgeable and personable guide, you can contact Helen at helendawson41@yahoo.com. It might cost you a few quid, but well worth it!