Today was Australia Day – the last public holiday before people return to work after the long Christmas/summer holidays. We had a great day of family entertainment planned – coffee and cake at Morpeth, a kiddies train ride at Walka water works, BBQ at Old Brush, topped off with a trip to the Drive-In movies. It was all going to plan when we departed Morpeth for the water works, via the grassy flood plain of the Hunter. I’d reminded Dan that there were still a couple of species, which are found in this particular habitat, that I still needed – so we took a slow drive in search of them. Dan pulled over because he’d spotted a small flock of Banded Lapwing – one of our target species. I scanned the field with my camera, looking for a good photo, when a small slim brown wader appeared in the view-finder – initial impressions were of a cross between a Ruff and Pratincole! Dan had to borrow my binoculars to confirm that it was indeed an Oriental Plover – second for the Hunter and a ‘plant earth’ tick! News was put out and several local Hunter birders had ‘ticked up’ before we were able to get the ‘family day’ back on schedule. Our run of new waders in the Hunter continues!

Oriental Plover, with Banded Lapwing in the background 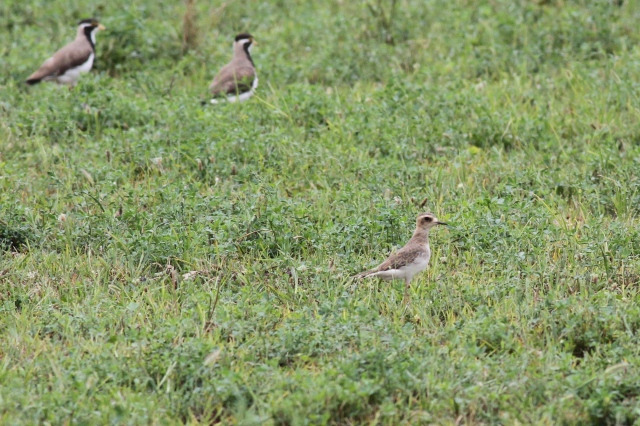 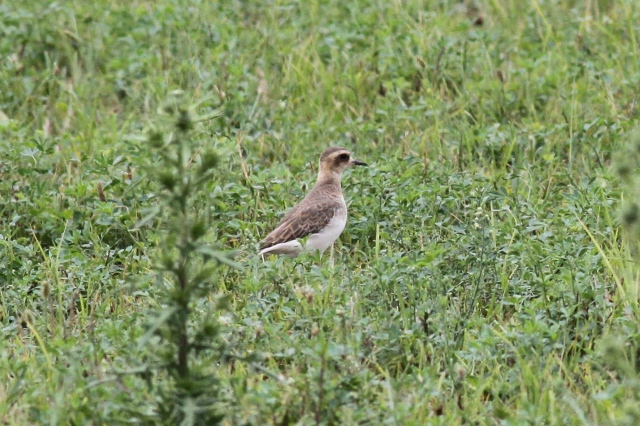 Although the bird was fantastic and something of a bonus, unfortunately for the kids the Walka train wasn’t running and the movie wasn’t scheduled to start before eight twenty – so we had to come home instead! The BBQ was however a great success, as was the day overall and I don’t think they noticed the brief birding interruption.  Australia Day 2014 was definitely a day for celebration…!!